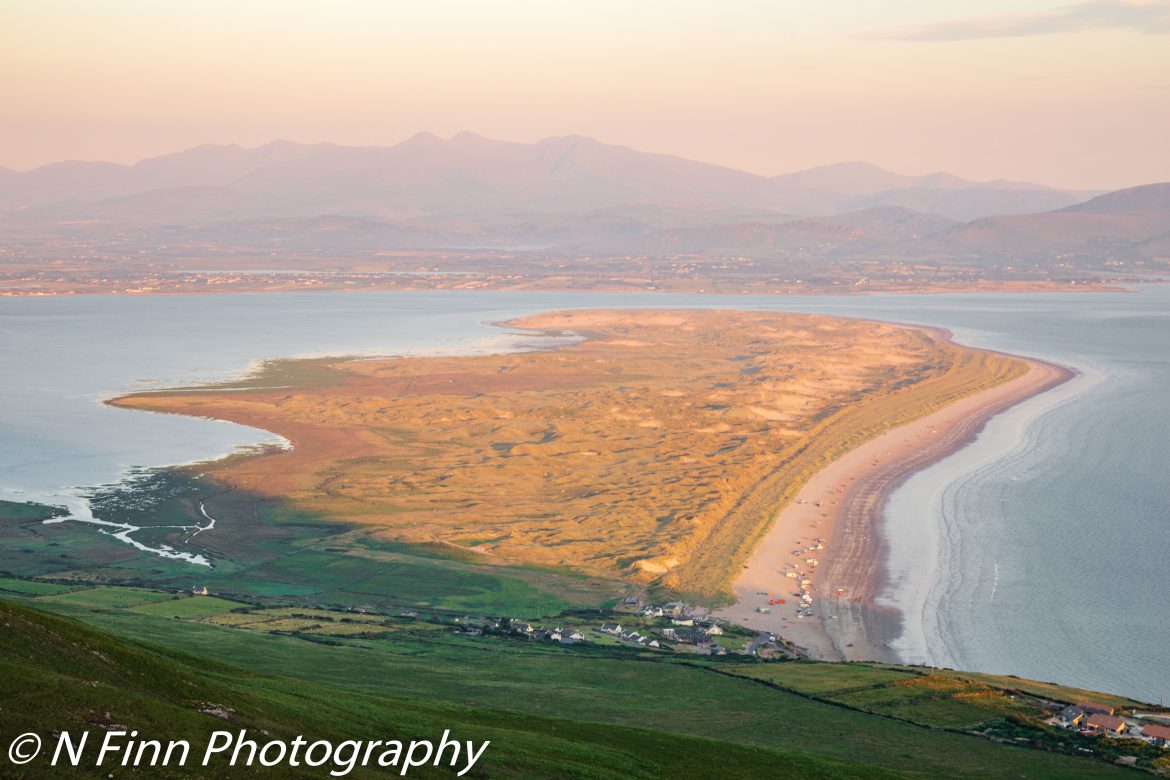 This is one of the most spectacular and well-known beaches in Ireland. This 3-mile sand spit juts into the sea between the outer Dingle Bay and inner Castlemaine Harbour. It overlooks the magnificent Iveragh and Dingle Peninsulas. Inch also provided the backdrop for a few Hollywood movies, including The Playboy of the Western World (1961) and Ryan’s Daughter (1970).

A 360-degree panoramic view provides sights of the McGillycuddy Reeks, Rossbeigh Beach, the northern shores of the Ring of Kerry, Dingle Bay and the Atlantic Ocean, and the Slieve Mish Mountains, which form the backbone of the Dingle Peninsula. The beach is an ideal location for sports enthusiasts. Its soft, golden sand allows for less impact on one’s lower body and the cold Atlantic Ocean provides the ideal post-workout therapy.