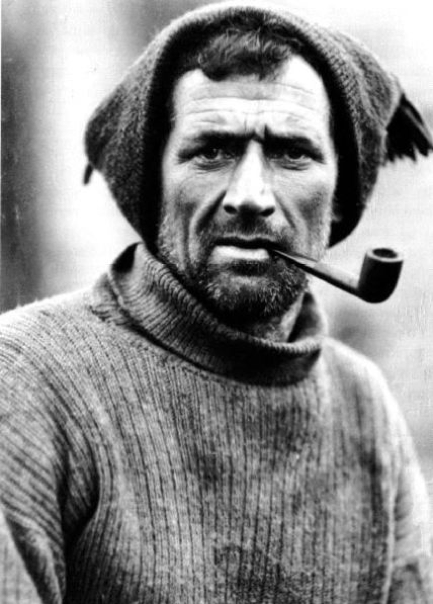 Few periods of history have produced such a wealth of remarkable stories as the heroic age of expeditions to the Antarctic. Tom Crean, an unassertive Kerryman, was at the core of it.

Crean was born outside the village of Annascaul during a time of little opportunities in Ireland. The country was still recovering from the famine years that either killed or forced the emigration of a whole generation. Crean, like the majority of children at the time left school at a young age to help his father on the family farm. Tom fell out with his father in 1893 after being blamed for their cattle breaking out of their field. Subsequently this small argument resulted in Crean lying about his age and joining the Navy at the age of fifteen.

Despite Crean being poorly educated, he rose from obscurity to be at the centre of momentous events that shaped the early history of Antarctic exploration. He took part in three expeditions, and overcame horrific conditions and energy sapping journeys to not only survive himself, but to save the lives of his colleagues.  He was one of the very few men who served under both Captain Robert Scott and Sir Ernest Shackleton.

Although there were numerous accounts of Creans bravery and fantastic team work skills perhaps his expedition on the Terra Nova highlights the qualities of Crean. Unfortunately for Crean, when Scott choose to disappoint three of his men and order them to return to base camp Crean, Lieutenant Teddy Evans and William Lashly were the victims. The three guys were faced with a 1,200 km walk  over 90% of which they have covered already with Captain Scott. When scurvy hit Lt. Evans, Crean was faced with a 35 mile solo walk back to base without any form of food or compass in order to get medical care for the ill Lieutenant. This act of individual bravery in such daring conditions  resulted in Crean receiving the Albert Medal for his bravery.

In an extract from Tim Foleys new book on Tom Crean ‘An Extraordinary Life of An Unsung Hero’ he refers to a lecture that Lt. Evans gave on St Patricks Day,1914 where he praised Crean again for his heroics. Crean was brave, fearless and never left a comrade behind regardless of the conditions.

“When I begged them to leave me, it was Crean who, speaking for both, turned and said to me, ‘If you are to go out sir, then we’ll all go out together.” – Lt. Teddy Evans

Tom Crean’s extraordinary exploits made him appear as nearly indestructible. He was known as the ‘Irish Giant’, both for his physical stature and strength, and also for his unwavering spirit and leadership in even the most hopeless of circumstances. Positivity, hard work, belief and the ability to inspire his comrades through difficult times were such qualities that set him apart. These qualities were forged by Tom Crean’s tough upbringing in the village of Annascaul. After his expeditions, Crean returned to his beloved Annascaul and opened The South Pole Inn with his wife in 1927. The pub remains in the same location today and is full of memorabilia from Tom’s travels.

At On The Ball Team Building we want to erase distractions of everyday life, appreciate what this explorer did and relate it to your team or workforce. What can they achieve if their mind-set is right, both as individuals and as a team? Teams can avail of a talk that will inform them of the heroics of Tom Crean, carrying them through his journey from Annascaul to becoming a renowned and respected Antarctic explorer.